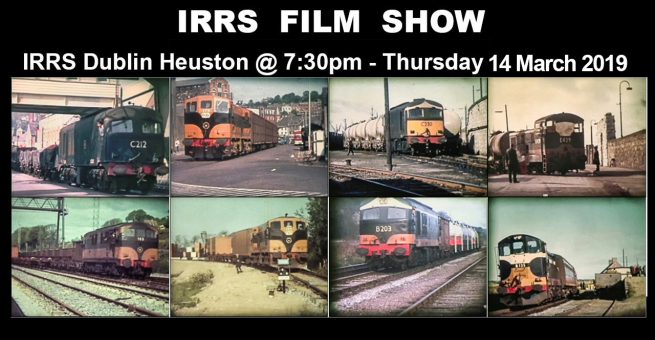 There are two IRRS Film Shows this week. Tonight in Cork (Monday 11 March 2019) and Thursday in Dublin (14 March 2019). Both shows feature archival films of Irish railways during the 1960s and 1970s as recorded by the late IRRS filmmakers Joe St Leger and Tony Price. 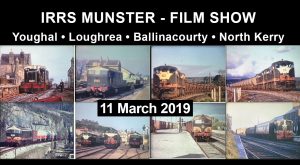 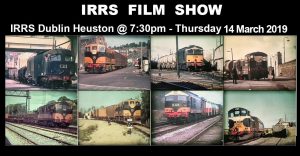 See programme area listing for Dublin and Cork for further details of the venues and other IRRS Meetings for 2019.